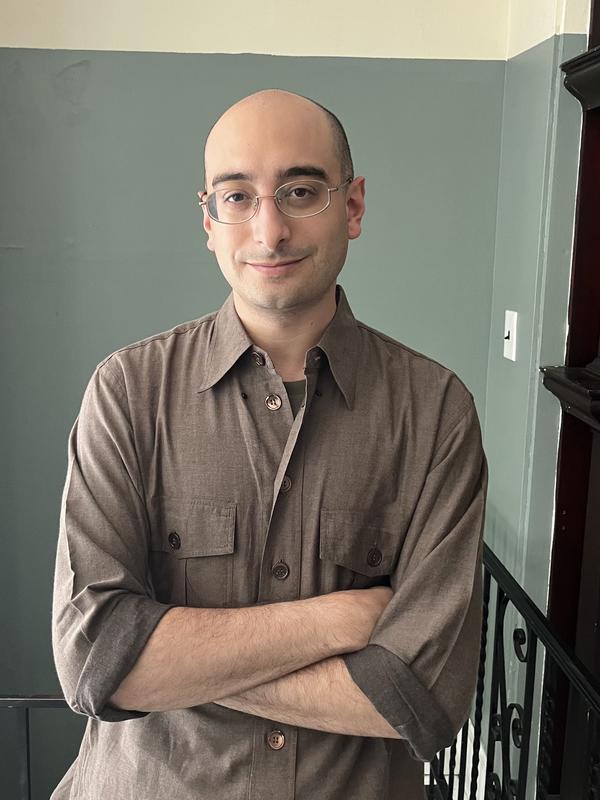 Andrew Ragni is a Postdoctoral Fellow in the First-Year Writing Program. He taught first-year writing courses at New York University where he completed his doctoral work in Comparative Literature prior to joining Barnard’s faculty. Ragni researches the impact of colonialism and anti-colonial critique on the intellectual development of psychoanalytic theory in Europe and the United States. His current project considers the formation of colonial and literary archives within a psychoanalytic frame. He is the recipient of the Dean’s Dissertation Award at NYU among other honors, and he has published in Differences, Philosophia, and Performa.

Ragni enjoys teaching a diverse array of subjects, from twentieth-century colonial literature to horror films, from feminist, queer, and sexuality studies to postcolonial theory. In addition to his academic work, he is a training candidate at the National Psychological Association for Psychoanalysis to obtain his license to practice psychoanalysis in New York.

I ask the following questions when I design a First-Year Writing class: 1) How will the course prepare students for writing across the disciplines throughout their college careers? 2) How will the content of the course address the intellectual interests of my students? Skills like close reading, paraphrasing sources, scaffolding arguments, and developing a personal style are readily transferable to disciplines within and beyond the humanities. In my seminar Erotic Empires, students design their own research papers about Orientalism and its configurations of sexuality in the colony and the metropole. The seminar’s assignments lay the foundations for their writing by targeting different components of a research paper in order to introduce expectations gradually and build their confidence as scholars with a personal investment in their learning.

To that end, I design my courses to demystify all stages of the writing process, from the research and pre-writing phase to the successful revision of a final draft. I teach writing as a holistic exercise, in that the component parts of an essay are isolated, refined, then incorporated into the essay’s “whole.” Students strengthen these components in drills and games by my design; then, they reinforce these lessons with peer review sessions. I tailor these exercises to the specific genre of writing assigned with tangible, readily communicable learning objectives.

It is my experience that students gain the confidence to be daring and bold in their writing when expectations are clearly delineated and collaboratively felt. My students report that community-focused classroom activities dispel the anxiety engendered by solitary writing. Moreover, its effects on peer-to-peer solidarity are readily apparent: my classes are lively and entertaining laboratories for fostering friendships through intellectual engagement. Indeed, the pleasure of thinking and writing with others can cut through the dread of a blinking cursor on a blank word document. Activating that sense of joy and wonder in creative, critical thinking constitutes one of my primary goals in the classroom.

My scholarly commitments to feminist and anti-racist work inform the content of the courses I teach as well as my pedagogical style. I am passionate about teaching the resistance to colonialism so students can confront the historically embedded and unconscious legacies of patriarchal white supremacy. I view writing instruction as an invaluable tool in that struggle because marginalized perspectives can find a pride of place in my classroom; in this way, I encourage students to write against the grain of entrenched perceptions or dominant ideological frameworks.