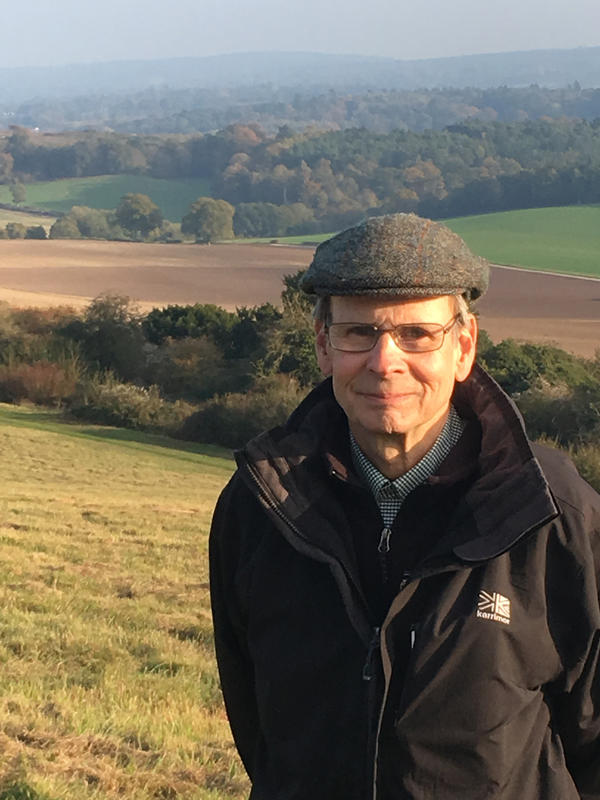 His work has been supported by grants and fellowships from the Mellon Foundation, the Guggenheim Foundation, the American Council of Learned Societies, and the National Endowment for the Humanities. He has published numerous articles on literature, urban studies, and the visual arts.

In 2018 he was Fulbright Visiting Professor at the University of Edinburgh in Scotland. During the 2019-2020 academic year he was a Fellow with the Institute for Ideas and Imagination at the Columbia Global Center in Paris, where he will again do research in 2022-2023.

He is co-editor of "The Victorian  Age," volume 2B of The Longman Anthology of British Literature.

Professor Sharpe's book on images of New York City at night, called New York Nocturne: The City After Dark in Art, Literature, and Photography (Princeton University Press, 2008), is the winner of the Peter S. Rollins Award of the Northeast American Studies Association and the MSA Book Prize of the Modernist Studies Association.

His book Grasping Shadows: The Dark Side  of Literature, Painting, Photography, and Film (Oxford University Press, 2017), was named a Choice Outstanding Academic Title. The book analyzes dozens of artistic shadows in images and texts, proposing a method for understanding how shadows function in all artistic media, from Plato to Picasso to popular songs, films, installations, street art, and advertising.

Professor Sharpe's current research explores the cultural history of walking, particularly in cities, as well as the emergence of walking as an artistic practice since the 1960s.  He teaches an interdisciplinary course called "Walk This Way" that looks at pedestrian milestones from ancient Greek peripatetic philosophers to contemporary performance art. His book The Art of Walking: A History in 100 Images, will be published by Yale University Press in 2023.

The Victorian Age, Volume 2B of the Longman Anthology of British Literature, 4th edition, ed. with H. Henderson (Longman, 2009) https://www.amazon.com/Longman-Anthology-British-Literature-Victorian/dp...

The Passing of Arthur: Essays on Loss and Renewal in Arthurian Tradition, ed. with C. Baswell (Garland Publishing, 1986)

In Walk This Way, Sharpe and his students track evolving relationships to the practice of walking to learn what this vital activity can tell us about the human experience.